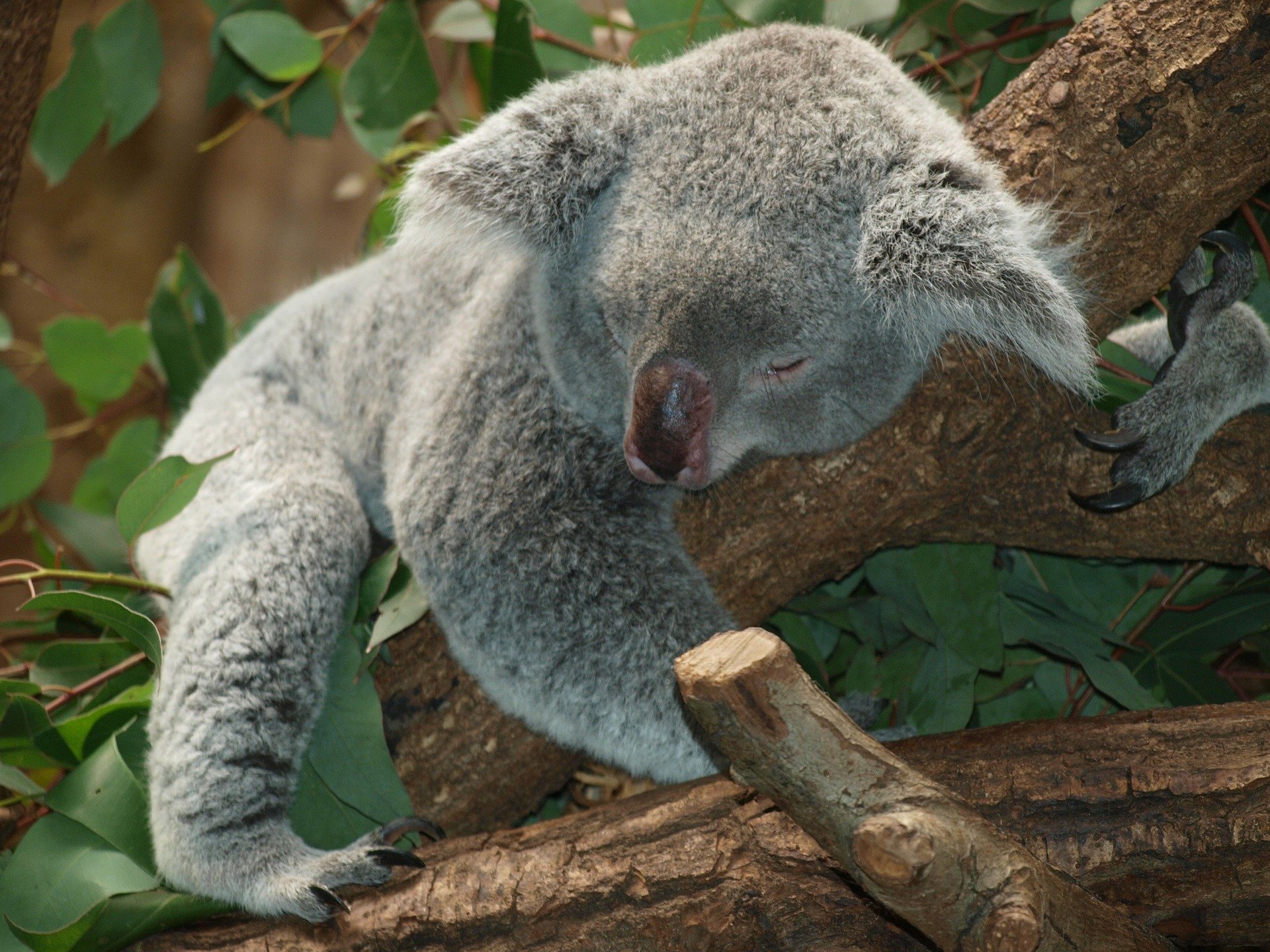 Introduction:  UNESCO world heritage sites are located throughout the world and have been deemed to have cultural, historical, or scientific significance by the United Nations Educational, Scientific, and Cultural Organization (UNESCO). Across the globe there are 1,121 sites, all of which provide visitors with unique experiences. To date there are nineteen world heritage sites in Australia.

Highlights: Dive the Great Barrier Reef and take in the array of sea life, swim in the Champagne Pools of Fraser Island, view the stromatolites of Shark Bay, explore the Gondwana rainforest reserves, catch a show at the Sydney Opera House, swim with the whale sharks at Ningaloo Coast, stroll the Carlton Gardens, visit the seabirds of the Lord Howe Islands, explore the Jenolan Caves, and take in the beauty of the Bungle Bungles range.

The Great Barrier Reef is the largest coral reef in the world. It consists of 2,900 individual reefs and 900 islands over an area of approximately 344,400 square kilometres. It is located off the coast of Queensland, Australia and is a diver’s paradise. The Great Barrier Reef is highly protected by the Australian government, with millions of dollars every year going towards it protection.

Visitors today can enjoy diving, snorkeling, air tours, visit the islands, glass bottom boat tours, and explore some of Australia’s most iconic beaches, of note is the famous Whitehaven Beach. The Great Barrier Reef was added to the UNESCO world heritage site list in 1981.

How To Get There: The Great Barrier Reef can be reached from several points along the Australian Queensland coast. Cairns is one of the most popular base towns for reaching the Great Barrier Reef and is located in far North Queensland. Port Douglas is another good access point and is the closest mainland port to the reef. Flights can be taken to Cairns, Hamilton Island, Proserpine Airport, or the Townsville airport.

Best Time to Visit: The best time to visit the Great Barrier Reef is between June and October. Temperatures range from the 60’s to mid 80’s with little rain, making visibility optimal.

Fraser Island sits off the Eastern coast of Australia and is well known for its combination of sand-dunes, tropical rain forests and lakes. Fraser Island is the largest sand island in the world. Inland on the island you will find the remnants of rain forests growing on the sandy dunes and half of the world’s freshwater dunes lakes.

Today visitors are drawn to the island for some it’s spectacular viewpoints, including Indian Head, the Cathedrals, the Champagne Pools, and many other freshwater swimming areas. An interesting feature of Fraser Island is the Maheno Shipwreck, which washed ashore in 1935 along the 75 Mile Beach. Fraser Island was added to the UNESCO World Heritage site list in 1992.

Best Time to Visit: Depending on what you are looking for will determine the best time to visit. December through February see the hottest weather so if that is what you are looking for that would be the best time. September through November and March through May will see milder temperatures. However, in the winter months from June to August visitors may be able to catch a glimpse of the migrating humpback whales. Any time of year is great for visiting Fraser Island and should be based on the desired weather/activities.

Shark Bay is located at the Western end of Australia on the Indian ocean coastline. Shark Bay consists of 23,000-square-kilometres. It is well known for its sea grass beds, its dugong population (“sea cow”), and stromatolites (which are colonies of algae that form hard, dome-shaped deposits).

Shark Bay is made up of several protected areas, including the Shark Bay Marine Park, Francois Peron National Park, Hamelin Pool Marine Nature Reserve, and many protected islands. Shark Bay is home to many endangered species. Shark Bay was added to the UNESCO World Heritage site list in 1991.

How to Get There: Shark Bay can be reached via car, coaches, and tour operators. Tour options include 4WD tours, boat tours and scenic flights around the area. If driving you will want to take National Route 1 to Shark Bay Road.

Best Time to Visit: The weather at Shark Bay remains warm all year round making it a great year round destination. Between July and October you will see some of the coolest temperatures, but you may also have the chance to witness the migration of the humpback whales.

The Gondwana Rainforests of Australia make up more than 40 rainforest reserves along the East coast of Australia. The rainforests boast a great deal of geological diversity and evolutionary history. The Gondwana makes up 366,500 hectares (906,000 acres) between Newcastle to Brisbane. The name comes from the supercontinent Gondwana that is believed to have existed 180 million years ago.

How to Get There: The best way to reach the Gondwana rainforests and explore them is by car.

Best Time to Visit: The months of May to October will be the driest months, although temperatures will also be lowest. November to March will be wetter. In April the rain begins to slow and temperatures will still be fairly warm. Crowds are not usually an issue for the Gondwana Rainforests.

The Sydney Opera House is one of the few cultural UNESCO World Heritage sites in Australia. The opera house is a multi-venue, performing arts center located at Sydney Harbor in Sydney, Australia. The building is one of the most iconic pieces of architecture from the 20th century, opened in 1973.

The opera house features more than 1,500 performances annually. Visitors can attend a performance year round, take a guided tour, grab a bite to eat, and visit the gift shop. The site was added to the UNESCO list in 2007.

How to Get There: The Sydney Opera House is located just a 6 minute walk from the Circular Quay, making it very easily accessible by public buses, trains and ferries. If driving, there is parking available at the Wilson Car Park.

Best Time to Visit: The Sydney Opera House can be visited year round.

Visitors can swim with the whale shark, view migrating whales upon the Exmouth microlight flight, enjoying camping near the reef, snorkeling, and visit the Ningaloo Marine Park. The Ningaloo Coast was added to the UNESCO World Heritage Site List in 2011.

How to Get There: The Ningaloo Cast can be reached by car and is about 777 miles north of Perth. Flights can also be taken to the Learmonth Airport and then a car rented to complete the journey. Coach lines also travel from Perth to the area.

How to Get There: The building can reached by the free city tram, city loop train, bus, bicycle, foot, and car. Parking is available under the Melbourne Museum off of Rathdowne Street or Nicholson Street and is $12 a day.

Best Time to Visit: The building can be visited any time of year.

The Lord Howe Island group is a group of islands located in the Tasman Sea, about 373 miles off the coast of Australia, that are the result of volcanic activity more than 2,000 m under the sea. The islands contain a unique combination of plants and animals and a coral reef. Many of the local species are considered endangered. Seabirds are plentiful on the islands.

Visitors to the islands can enjoy viewing local seabirds, exploring rainforests in the Valley of the Shadows, hand feed fish at Ned’s Beach, snorkel, go diving, explore the island on bike, enjoy a glass bottom boat ride, and a number of water activities including wind surfing and stand up paddle boarding. A special note about the islands: only 400 visitors are allowed at a time to preserve the natural environment of the area. The Lord Howe Island Group was added to the UNESCO World Heritage Site list in 1982.

How to Get There: The Lord Howe Island group can be reached by boat, or more commonly by flights into the island from Sydney and Brisbane.

Best Time to Visit: The Lord Howe Islands are lovely any time of year. The most popular time to visit is between September to May, but June through August also have warm temperatures with less crowds. However, with the number of visitors limited, any time is great.

The mountains, originally called Carmarthen Hills and Lansdowne Hills, were renamed after the blue haze that can be seen surrounding them. The blue haze is believed to be produced by fine droplets of oil that are dispersed into the air by the many types of eucalyptus trees found in the area. Highlights of the area include the Wollemi National Park, which contains the only known wild specimens of the Wollemi Pine, which was thought to have been extinct since the time of the dinosaurs, and the Jenolan Caves, which is one of the most impressive cave systems in Australia. Visitors to the area can enjoy bushwalking tours, a hop on/off bus, a scenic gondola ride, a cave tour, and explore botanical gardens.

How to Get There: The Greater Blue Mountains area can be reached by car and is about a two hour drive from Sydney, Australia. The best way to explore the area is by car. You can also reach the area via train or a coach tour.

Best Time to Visit: The best time to visit the Great Blue Mountains area is Australia’s autumn season from March to May. The temperatures will be cooler, making it a better time to explore the area by foot, and the rain season is starting to ease down.

The Purnululu National Park is located in the East Kimberley region  of Western Australia. The park spans over 592,370-acres. Highlights of the park include the Bungle Bungles range, which displays a combination of orange, grey and black stripes from alternating layers of sediment, the Cathedral Gorge, and many clear waterholes, caves and gorges.

How to Get there: The closest town to Purnululu National Park is Kununurra. You can catch a flight into Kununurra from many Australian airports, including Perth, Broome, and Darwin. The park can be reached by car along the Great Northern Highway, but note that the last 31 miles will require 4WD.

Best Time to Visit: The best month to visit the park is May. The weather will still be fairly warm and rain will be scarce. June through August are also good months due to slightly cooler temperatures, but will be more crowded. The area is closed between October and March due to high rain fall.